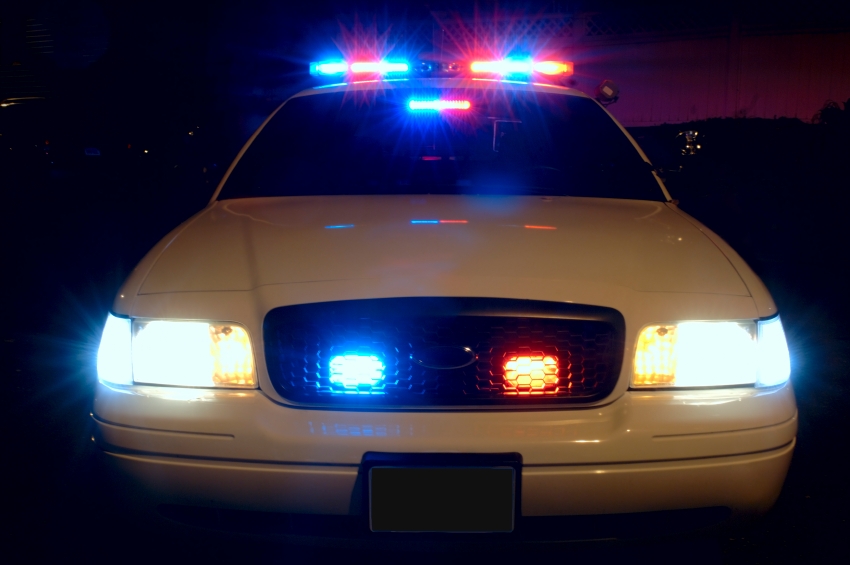 I don’t envy cops. They’re in a line of work that I can so easily imagine isn’t enjoyable for them. There’s the physical risk involved. Their lives are at risk. There’s the social stigma. Regular citizens avoid them even if those citizens have nothing to hide and nothing to be afraid of. And there’s all that paperwork to do, too.

A job where you have to be suspicious of anyone you come across doesn’t sound like fun to me.

Anyone can make mistakes. Many people have called me weird over the years. Maybe those people ought to be grateful that I never called them rude.

I can look out of place now and then. I admit that. I can understand why cops have sometimes suspected me of being up to no good. They’ve had to check on me. It’s their job, right? Except the following incidents can sound comical.

Incident #1: Pulled Over for Having High Beams On

December, 2001. Night time. It had been dark for several hours. My mom and I were out for a drive with our cat Sparky to look at the Christmas lights in the area. I was driving slowly, so admittedly there was no need to have the high beams on.

My mistake. A vehicle was driving towards us, going in the opposite direction. I didn’t turn off the high beams soon enough. Another mistake. I turned the high beams off, but it was already too late. That vehicle passed us, turned around, and revealed itself to be a cop car. Flashing lights. Pull over.

Ontario cop asked for my driver’s licence and checked that out. No criminal record. He had me get out of the car to see if I could walk straight lines and not stumble. Yes, he admitted that he was making sure I wasn’t drunk. I passed the walking and standing test.

I wasn’t drunk. I was a 16 year old kid who had had his driver’s licence for less than a year at that point. It was a silly mistake to have the high beams on at all and to have them on for a few seconds too long.

Ontario cop gave me my driver’s licence back and sent us on our way.

November, 2004. Day time. Before 10:00 a.m. I was on my way to the first day of a job of shoveling mud out of holes at a car wash. My high beams were not on, but that didn’t matter. This time, I got to be pulled over for another reason.

I quit that job the next day. Two days of shoveling mud out of holes at the car wash was enough for me.

Incident #3: Pulled Over for Not Having Night Lights On

June, 2010. Night time. It was dark out, but there was still some sunlight left. My mom was in the car with me. She had helped me move, and she was staying for a few more days before going home.

I didn’t think it was dark enough yet to have the car’s night lights on. The cop behind me felt differently. Same old routine. Flashing lights. Pull over.

British Columbia (B.C.) cop wanted to give me a ticket. I was across the street from my apartment and about to go to the parking lot when he pulled me over.

I pointed to my home and explained that I was going to be done driving for the night as soon as I got to drive across the street. B.C. cop got called away for what might have been an actual need for his services, and I got to resume my journey.

Incident #4: Pulled Over … for Walking

I had lived in 3 different provinces in Canada, and I had been pulled over in each one of those provinces. I thought I was playing things safe by not having a car.

I was out for a walk. It had been months since my ex-wife had moved out. I was living by myself, and I was bored.

There were peacocks in the neighborhood. I enjoyed going to see them sometimes. They would wander around on the streets and on the sidewalks. Drivers were careful not to hit them. Peacocks had been a fixture of the neighborhood since 1976.

I had seen the peacocks, and I was walking a bit further before going back home. I heard a voice behind me. It came from an SUV. I stopped and turned around. Two cops got out of the SUV. Male cop and female cop. They checked my driver’s licence. No criminal record. They gave it back to me.

I explained that I was out for a walk to see the peacocks and was about to go back home. Male cop didn’t know about the peacocks, but thankfully female cop did. She confirmed with him that they are real and that I wasn’t making them up.

There had been some robberies in the neighborhood, and the cops were there to see if they noticed any suspicious activity.

Wanna know why they pulled me over for walking?

Okay, here’s the punchline. It’s because of what I was wearing on my face. A balaclava. Yep. Otherwise known as a ski mask.

Why was I wearing a balaclava? I wasn’t skiing or committing any crimes.

Well, it was December in Canada. It was cold outside, and I didn’t have a toque. Or a hoodie. Or a scarf. I had been looking for something warm for my head, too. I just hadn’t found the right item yet.

I offered to give the balaclava to the cops. They politely declined. We had a nice chat. They could tell that I’m not a criminal, and they told me to keep my face uncovered. With that, they sent me on my way, and I threw out the balaclava as soon as I got home.

Because of an unfortunate fashion choice, I got pulled over for walking. I haven’t had a balaclava since then.

Everybody makes mistakes, including cops and including me. What are the lessons learned?

Have high beams on when it’s dark out, when there are no streetlights or other sources of light present, when you’re driving fast enough to need them on, and when there are absolutely no other vehicles around.

Give a cop a good enough look at you so they can see that you are in fact not a wanted criminal. That includes having all the car windows clear of any snow and ice.

Have the car’s night lights turned on even while there is still some sunlight.

Keep your face uncovered. Only wear a ski mask if you are skiing. Otherwise, wear something else to keep your head warm if you are not skiing.

Hopefully, these lessons can help you be free of interruptions from any cops as you carry on with your law-abiding and legal life. That will help you, and it will also help them carry on with the tasks that really do require their attention.

Cops provide a valuable service, and they don’t need to be distracted by any citizens who are not criminals.

What have your interactions with cops been like? Have any of those times been silly like the examples from my own life? Do you have any tips to share that will help others continue on with their law-abiding and legal lives without having to involve the cops? Let me know in the comments section below.