What I Learned From When a Drunk Driver Totaled My Car 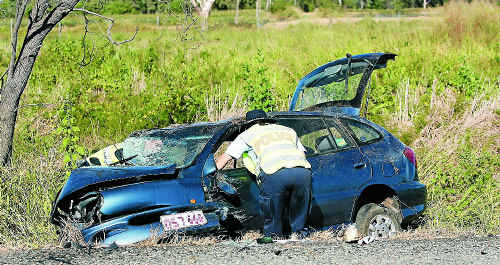 This happened many years ago, but I still don’t like thinking about it. That 2009 Kia car is the car I had the longest out of all the cars I’ve had. Yes, there were definitely some troubles with the Kia, especially in the beginning. Even with all that, I had gotten attached to that car. We had been through a lot together.

I had the Kia for almost 3 years before it was taken from me. It deserved better than what happened. I’ll tell you about what I learned from when a drunk driver totaled my car.

2011 had been quite the year for me. Very rough for the most part.

I had lived in a 2 bedroom apartment. But I had to move out to a place where I could split the cost of rent with many roommates. So I went to a different city and moved into a house where many other people lived. The house was sub-leased. At least I was now close enough to work that I could walk there in only about 20 minutes. A massive improvement over the very lengthy commutes that I had been subject to with driving back and forth between different cities.

The one who handled the sub-lease of the house required that I move out. I had only been there for approximately 1 month. Thankfully, he had a place for me to move to. Another house. It was only a few blocks away. The quality of my roommates was not as high as at the first place. I consider the second house to be a slum house.

And why not? I was surrounded by stoners, drunks, deadbeats, and thieves. Sure, I had grown up on welfare, but I didn’t know that I would end up having welfare cases as roommates.

I figured I had fallen quite far and didn’t have much further to go before hitting bottom. Yes, I was being optimistic.

The sub-leaser kept moving me around all over the house. I had never moved so many times in such a short period of time. Don’t ask me why he did that. It didn’t make any sense.

That place is where I was living when I did my consumer proposal and got arranging things so I actually could get out of debt. The consumer proposal decreased my debt significantly and set up a 4 year repayment schedule with no interest. (I paid that off in 3 years.)

One of my roommates introduced me to the woman who is now my ex-wife. I’ll call her Martina. Strangely enough, Martina lived in the city that I had moved out of. So I had to move from Surrey to Richmond to meet Martina, who lived in Surrey.

Sure, Martina and I would eventually break up. But back in 2011 and for many of the years afterward, she was a bright spot in my life.

Roommates had come and gone. I had to get one of them evicted. Thankfully, I had help with that, including from the sub-leaser, of course. It may have been a slum house, but it was required that each person living there paid rent.

And I had recovered from mononucleosis. It wasn’t Martina’s fault. She didn’t know that she had it, so we didn’t know that I could end up getting the kissing disease from all that celebrating we did for being in each other’s lives. I took a week of vacation off from work and rested. That week made all the difference. That was in December. Just in time to get ready for the end of the year.

The Mistake That Cost Me My Car

It was December 30, 2011. The eve of New Year’s Eve. When I parked the car that night, my instinct told me to park the car in the driveway or on the front lawn. But, like I had been in the habit of doing throughout my life, I ignored my instinct.

And that made all the difference.

I was now in the room that I would stay in for the rest of my time in that house. The sub-leaser was done moving me around.

Martina was spending the night with me. We had drunkenly gotten engaged not that many days earlier. The engagement was our secret. We hadn’t told anybody about it.

I had a strange foreboding feeling that night. A spine-tingling sensation. I felt like I was about to lose something. So, before we went to sleep that night, I told Martina that “Even if I don’t have any possessions or anything else, as long as I have you, I have everything I need.”

Still could have moved the car to a different parking spot.

My Instinct Was Right

My roommate who introduced me to Martina woke us up and confirmed what my strange foreboding feeling had been about. A drunk driver had totaled my car at 3:30 a.m. Even though it had been parked off the street.

We all went outside and saw that a policeman had already arrived on the scene. He had summoned a tow truck, which was on its way. I gave my information to the policeman, and the tow truck arrived. I barely had any time to take anything out of the car.

It’s like I was awake in a nightmare. Was this really happening?

The drunk driver wasn’t there. It was a hit and run. He had already left.

The policeman and the tow truck got there so fast. It’s like this thing had been planned somehow. Why was it so urgent to take the car away? It wasn’t on the street. It wasn’t blocking traffic. Nobody was in danger from it. And it was late at night. Unless someone was awake and looked outside, they wouldn’t know what was going on.

None of that mattered.

Everything ran at optimum efficiency. And I don’t even know why. It was the middle of the night on an otherwise quiet and empty street. What was the hurry?

The tow truck hooked up the car and took it away. I never saw the Kia again.

After all the Kia had done for me through the years, it got hauled away like it was nothing more than garbage.

The efficiency of my car being taken spooked me. I thought it was bad luck to have any vehicle registered in my name.

We had a workaround for that. The next vehicles were registered in Martina’s name. It wasn’t until late 2018 that I again had a vehicle registered in my name. By then, Martina and I had been separated long enough that we could get divorced.

I lost the Kia, and I lost Martina, too. Possessions and relationships come and go. Nothing is permanent.

I’ve learned not to get too attached. I’ve also learned to be grateful for what I’ve had and who I’ve gotten to spend time with.

Life is a series of greetings and farewells, with everything in between, too.

Some things happen that seem to come with too high of a price. So, I didn’t park the car in the driveway or on the front lawn. I didn’t listen to my instinct. Did I really have to lose a car over that?

Apparently I did. That’s how important it is to listen to my instinct. And even more important than that.

What if there are times when lives are at stake? I’d better listen to my instinct then.

At least back then, on those final days of 2011, all I lost was a car. A car that thankfully nobody was in at the time. These are comparatively much lower stakes than if it was a matter of life and death.

I never met that drunk driver, but I can still appreciate what I’ve learned and experienced because he lost control that night.

I forgive you, drunk driver. You made a mistake that night, but so did I. I didn’t park the car in a spot where you wouldn’t affect it. We each had our part to play in that drama. I move on from my oversight, and I don’t blame you for what you did. It’s no one’s fault, and we are all innocent.

Back to you, dear reader. What is one clear example in your life where you needed to follow your instinct, but you didn’t? What did you lose, and what lessons did you learn? Let me know in the comments section below. I value your input.